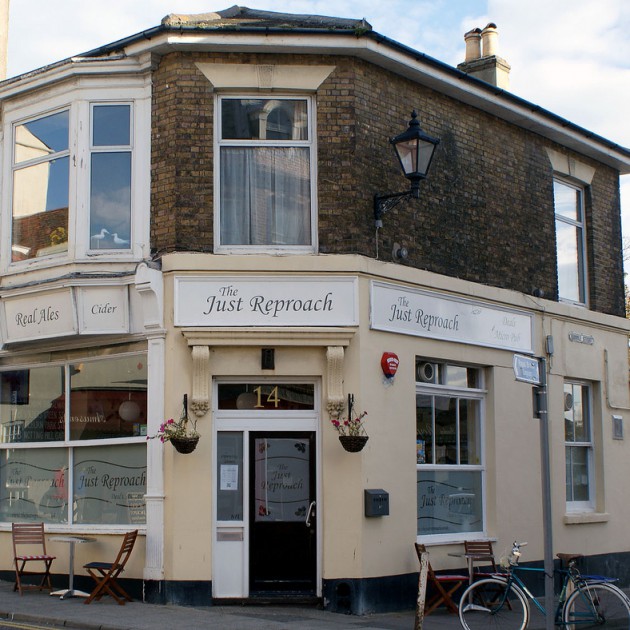 The pub takes its name from a poem written by Defoe called ‘The Storm’  (1703) in which Defoe makes some unflattering remarks about the town. Owned by father and daughter Mark & Bronwen Robson, the pub  has gone from strength to strength since it opened Dec 2011. Beers are sourced from Kent breweries,  or further afield by distribution companies to ensure an ever changing but exciting menu of beers in the pub.