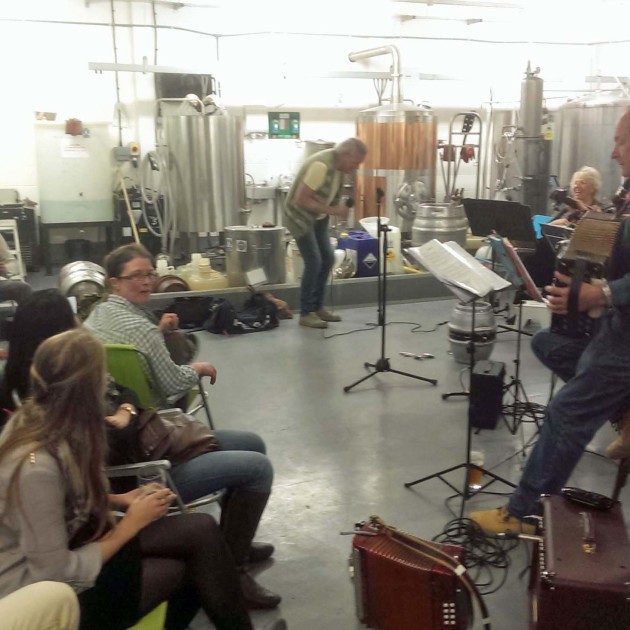 Established in 1997 Darwin Brewery has grown steadily to become one of the most respected micro-breweries in the north of England. Darwin’s first beers were produced on a very small 18 gallon system based at Brewlab at the University of Sunderland. Three years later the brewery expanded to Crook, County Durham with the acquisition of the Hodge's Brewery and brewed there until 2002 when two factors resulted in a move back to Sunderland. Firstly continued growth and popularity of the beers meant space was a problem at the Crook plant with production stretched almost to capacity. Secondly, and, perhaps even more important, was that the closure of the Vaux brewery in 1999 had left the city without a brewery for the first time in over two hundred years. With both managers and staff having close links to the city the time seemed right to move back to Sunderland, this time with the purchase of Butterknowle Brewery’s award winning 12 barrel plant. Darwin Brewery prides itself on the wide range and quality of its beers. This has been greatly helped thanks to the brewery having access to the original 18 gallon test plant and technical and microbiological facilities to assess quality and manage yeast strains. The Darwin Brewery has always supported training courses at Brewlab with students gaining placement and development experience in brewing, marketing and sales. Today after expansion of Brewlab to a new dedicated location Darwin has moved to make best use of the advanced technical facilities available. Regular and unique beers are produced and our recently appointed brewer, Victoria Thomson, is ably assisted by Brewlab staff and students. Our beers are produced to a high quality specification and are increasingly diverse including lagers, continental styles and beers with unique ingredients. A specialism of Darwin is the production of historic ales such as Flag Porter and Extinction Ale recreated using yeasts resurrected from bottles recovered from shipwrecks and other sources.